On June 28 and 29 , 2019, as an integral part of the study trip week in Brussels, the INSITER students participated in an international simulation exercise with students from Cologne, Paris and Prague. The overarching idea of the exercise was to discuss serious concerns regarding compliance of member states with EU’s fundamental principles and values  in the form of a two day Moot Court of the European Court of Justice that focused on “violations of the European Union’s common values.” 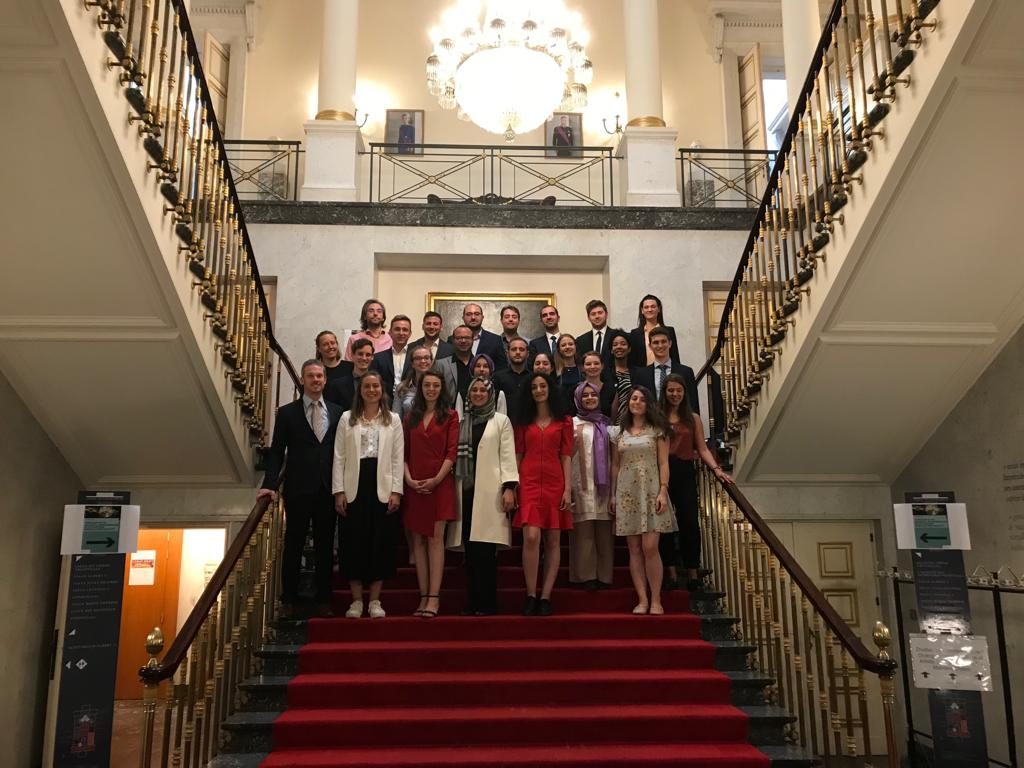 The program took place at the Palais des Académies and was partly carried out in cooperation with other international partner institutions such as the University of Cologne, Science Po and the Centre International de Formation Européenne (CIFE). 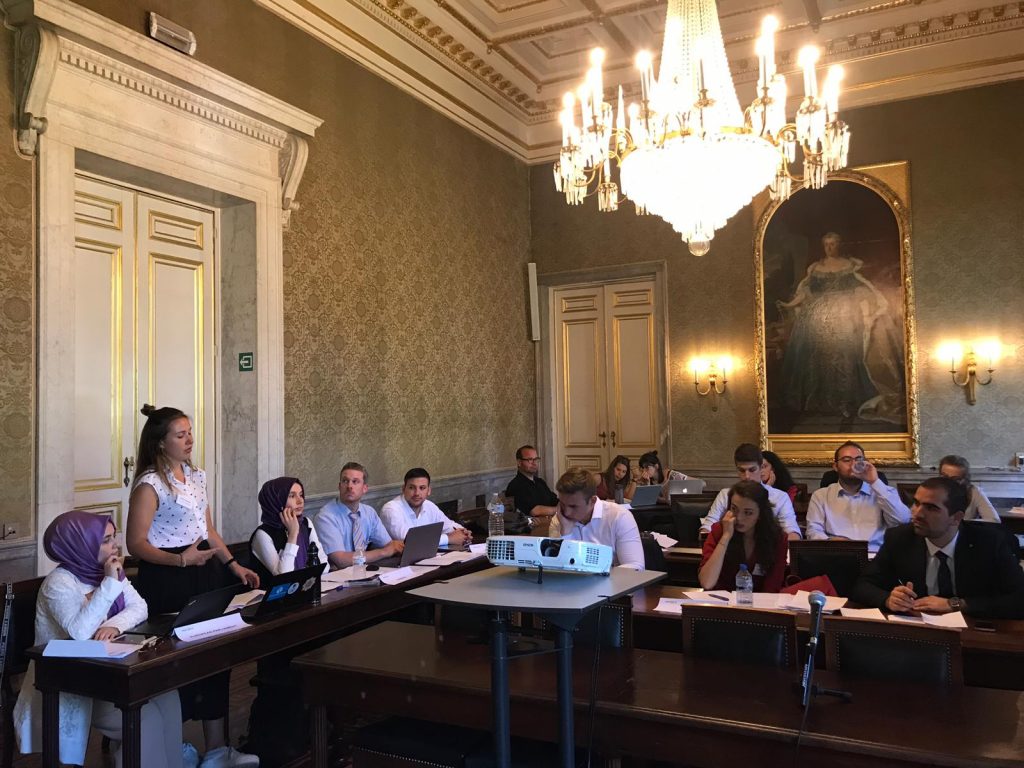 Students had started to prepare for the simulation exercise online in April already in interdisciplinary and international teams in order to defend their position at the Moot Court. The best teams received an award for their performance. 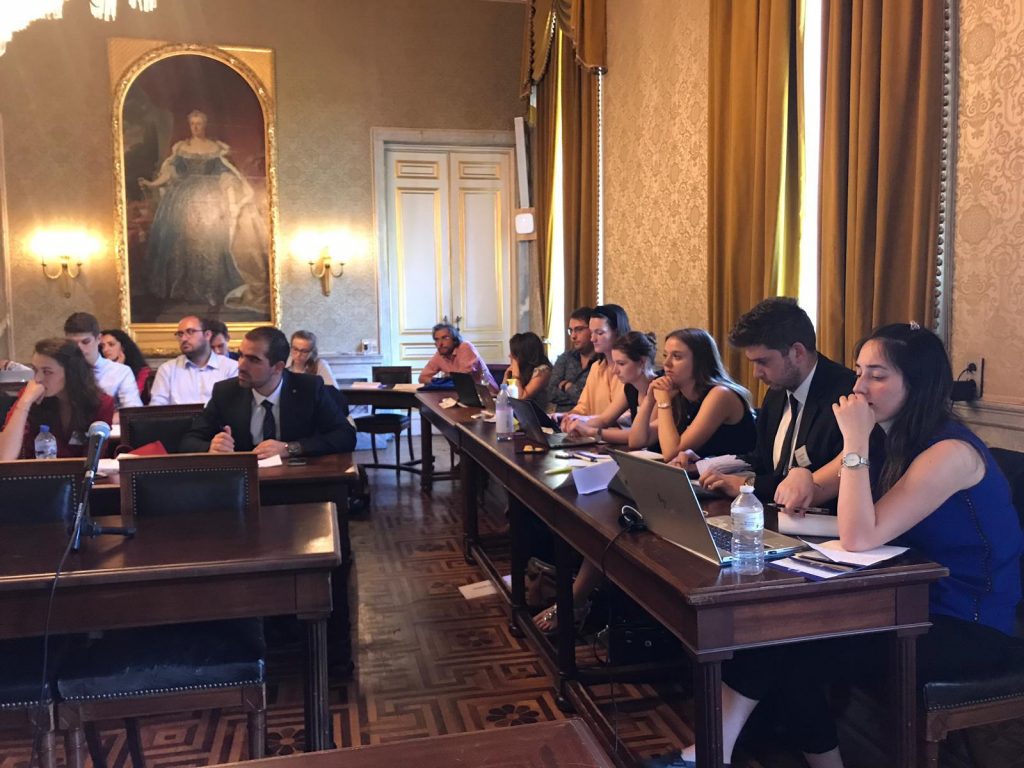